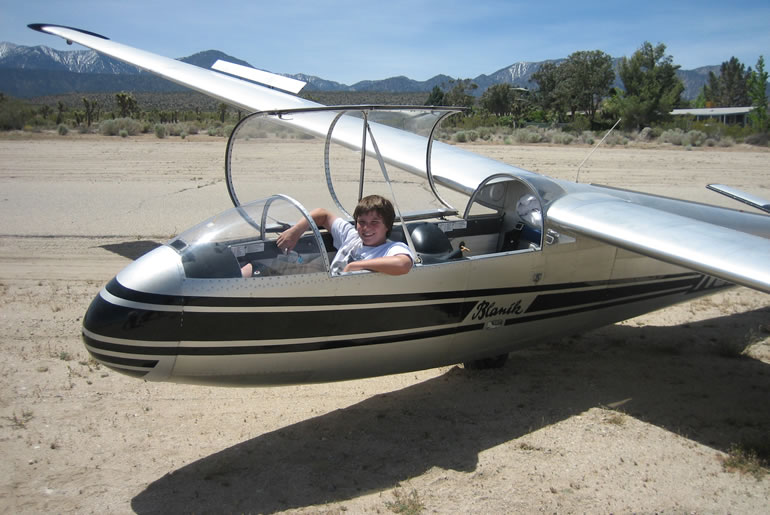 Drew Thomson began the journey to powered flight in gliders. As a glider pilot he followed in the footsteps of his father and grandfather and began flying gliders, not only because it was in his genes, but because it allowed him to solo at the tender age of fourteen. When his father sent me this photo of his first glider solo he made the comment that “he looks like such a little kid back then”. He does, but the beautiful smile and the confidence that comes from this kind of achievement, at a young age, were present when his father asked me to get him ready to solo powered aircraft on his sixteenth birthday ( his father is also a licensed glider and airplane pilot).

We layed out the plan and figured out how to make everything happen by the 15th of May. His basic flying skills and comfort with the “third dimension” were apparent on our first flight. The two challenges that he faced were what to do with the engine attached to the front of the airplane and how to communicate in the airspace surrounding Santa Paula airport. He mastered both in relatively short order and was more than ready to go on May 15th. 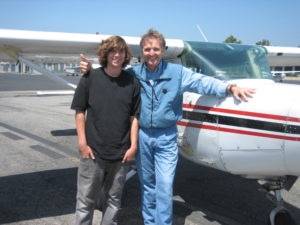 Mission Accomplished~What a way to celebrate your 16th Birthday

This young man has “sick” flying skills and I know that it comes from starting with gliders. He can make the airplane do what it needs to do and he has great patience. The smile and the confidence are still very present but it is his humility that keeps him grounded and aware of how fortunate he is to have parents that love and support him as he continues his path to adulthood. It was a joy helping him make the transition to powered flight and I know what he will be doing on May 15, 2011.

If you are a parent that has a child that was born with a soul that needs to fly I would urge you to have them spend time flying gliders. It is a great way to spend time outdoors, as a family,  and a way to feed your child’s need to fly like an eagle.