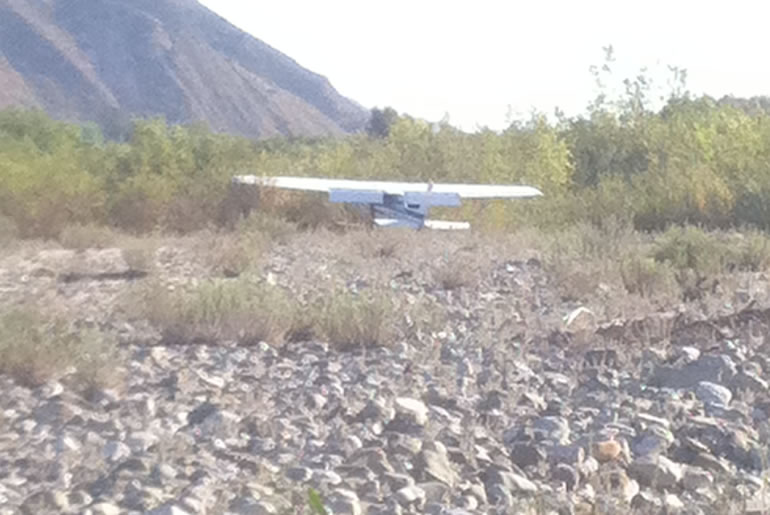 Teaching simulated emergency landings is an integral part of the training that each student receives on their way to their Private Pilot certificate. An integral part of this training includes regular discussion about the “impossible turn” and always having a plan for an unexpected challenge during each phase of flight.

During a recent training flight we were taking off with the intention of staying in the traffic pattern to practice landings. At 500 feet as we turned crosswind we experienced an unexpected drop in engine performance and it was clear that we had no option other than to land the airplane off airport. I immediately assumed control of the airplane, informed my student to tighten his seat belt and shoulder harness and selected a sandbar in the river bed on which to land. Since we were still developing some power I elected to keep the engine running as we positioned ourselves for touchdown. This was helpful in that as we were about to land there were large rocks in our path and the extra energy allowed us to fly over the rocks before touching down. At this point we were flying as slowly as possible with full flaps extended and as soon as we cleared these obstacles we touched down and rapidly rolled to a stop, secured the engine and exited the airplane. We were unhurt and the airplane was intact with very little damage.

The issue with the engine was diagnosed as a stuck exhaust valve which in a Cessna 150 with two adults made it impossible to return to the runway and a normal landing. The outcome of this landing was a combination of having a plan and luck. In my mind I have landed on this stretch of river bottom a thousand times so when we experienced the problem there was no question as to what to do. There was never any thought of turning around and we handled it just like any other landing would have been conducted. 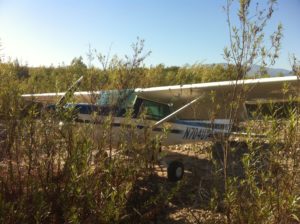 Perfect Ending to a Beautiful Day

This lesson was focused on refining landings as my student was preparing to solo.  I had planned on having him perform a simulated emergency landing while in the pattern. On this day we experienced the real thing and were lucky enough be able to debrief a successful outcome and underscore the meaning of the Impossible Turn and why we must always have a plan, which is formulated prior to take off and during every phase of flight.

For more information on the impossible turn please visit the following links: