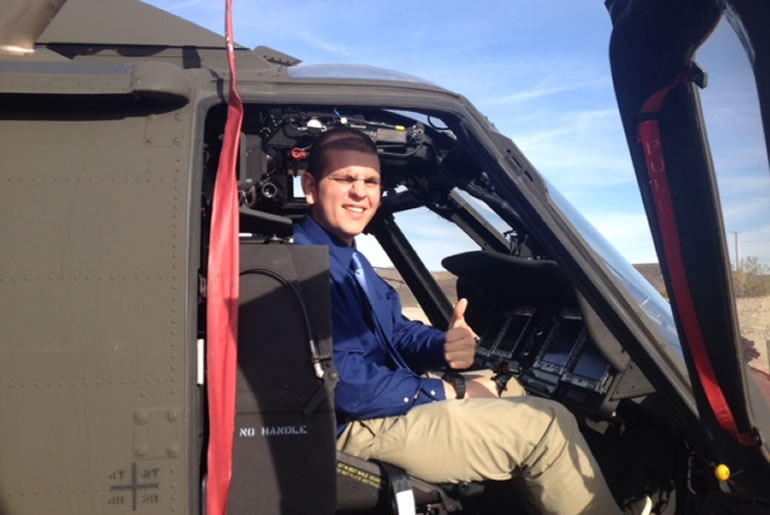 I created this blog to share stories of the people that I meet and  share my passion for learning and flying. This story is about Zachary Ramzi.

Zach arrived at one of the airports, where I provide flight instruction, about three years ago and since then I have had the opportunity to observe and guide him as he went through the process of obtaining his Private Pilot Certificate and later as his Flight Instructor for the Instrument Rating.

Throughout this time, it has been my privilege and honor to become both a coach and mentor for Zach as he has pursued his passion for flight. Not only is he a very good pilot both technically and mentally he is a terrific young man. As a full-time Aviation Educator I see many young pilots in the course of a year and to say that Zach is different would be an understatement. Zach is the middle son of a single mother raising three boys. His father passed away when he was three years old and his mom has been his biggest supporter. Since he began flying he has earned the money necessary to learn to fly by working at a golf course and networking with pilots to perform odd jobs, wash airplanes, sweep hangers, whatever it takes. This commitment made it possible for him to earn additional endorsements for flying complex, high performance and tailwheel aircraft. He also has an interest in maintaining airplanes and has worked closely with an A&P as an assistant building the required hours towards an A&P Certificate.  His motivation is impressive and watching him mature, as a pilot and a young man, through his own hard work,  the guidance of others and sheer determination has been a real treat.

Around his Senior year in high school Zach decided to pursue an opportunity in the Army Warrant Officer Flight Training Program. This program is designed to be very rigorous and stressful and has a structured and multi-layered  selection process. Throughout each phase of his preparation he was guided by his Army recruiter to meet or exceed all of the physical and leadership requirements that are required of this program. This required that he lose over fifty pounds, demonstrate a higher level of motivation in the classroom and to act as a mentor for other individuals that wanted to be considered for this program. In addition, scoring well on the various aptitude tests was important. He  met and exceeded all of these requirements and then the real work began. Meeting with the various individuals and boards tasked with identifying and selecting the men and women for this program. The thumbs up in the picture on the left, which was taken during his interview at Fort Irwin, turned out to be prophetic because on July 16 he was notified that he had been selected to enter the Program. To see his excitement and to know how hard he has worked to get to this point is why I love being a mentor, coach and teacher. His dream was to fly and he became a Private Pilot. He wanted to fly in the clouds and he earned his Instrument Rating. He wanted to be a helicopter pilot in the Army and he has achieved the first step in this process. I look forward to the day that I will travel to Fort Rucker, AL  and see him receive his wings because I know that he has the will and the desire to achieve whatever he puts his mind to. 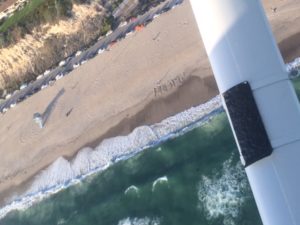 Zuma Beach…will you go to the Prom with me?

An example as to why I have no doubt that he will earn his wings are demonstrated in the two images shown here. What girl can refuse a chance to go to Zuma Beach in an airplane? Further, what girl would refuse a Prom date proposal when asked like this? Zach and his best friend Marty cooked up a plan to write the Prom proposal in the sand, at Zuma Beach, because Zach had asked his hoped for date to go for a flight with him. It took Zach longer than expected to get to the shore and the waves kept rolling in and obscuring the message but his buddy Marty made sure that it was easily read from above when they arrived. Of course she said yes and the picture of them at the Reagan Library in front of Air Force One is the perfect acknowledgement of the saying “where there is a will there is a way.”

I will end this part of the story, because there will be more, in Zach’s  own words whenever we talked about commitment “damn straight’! 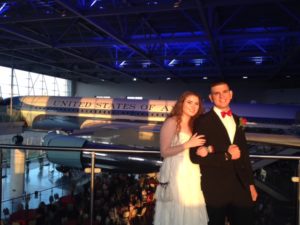 Of course I will go to the prom with you!