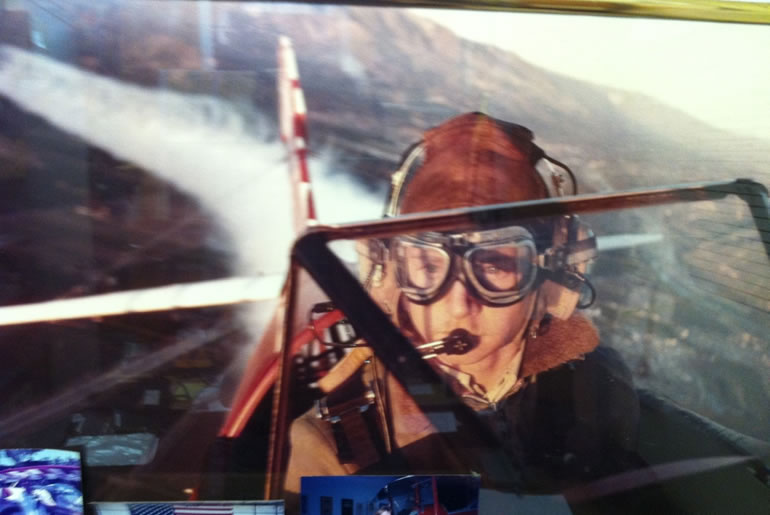 Clay flying a Stearman when he was twenty-something

Clay Phelps grew up with flying and aviation as part of his DNA and so it is no surprise that he has spent most of his life around airplanes, airports and people who fly. Clay (along with his wife Judy) is the owner of CP Aviation which is based at one of the jewels of aviation Santa Paula (SZP) airport.

When I joined the  staff, as an instructor at CP in 2008, Clay had been working on his Instructor rating for over 20 years and this love affair with procrastination was a long-standing joke amongst his many friends. Actually, the numbers that accompany this saga are 24 years and six sittings for the Fundamentals of Instruction and the CFI Knowledge Test (passed them every time) not to mention the countless hours spent studying and putting off completing the process.

It is not that Clay didn’t have plenty going on in his life. He did, but just taking the written six times would have put me “over the top”. Thank God that things change slowly within the FAA. After six times he almost had the tests completely memorized, not to mention that he was quickly running out of time on his last testing session (each test is good for 24 months).

Clay came to me last January and asked that I kick him in the butt and help him complete the certification process that started when he was “still a baby”.  We laid out a plan that allowed him to organize the process in manageable pieces and between myself, Jim Ford and many weekends and evenings spent in his office Clay became a Certificated Flight instructor on December 1, 2010. 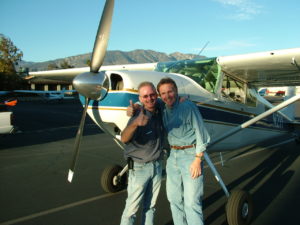 I told Clay, during the days preceding his checkride, that he had more experience and knowledge than just about any person that is pursuing this certification. He soloed at sixteen, sold airplanes for Screaming Eagle and eventually started CP Aviation. He is an A&P, IA and now a CFI; but more than anything else he is really good guy.

I sincerely enjoyed getting to know Clay as a part of this process and am honored that he asked me to guide, cajol and otherwise be a thorn in his side. The great thing for me was that as he wrestled with what he needed to know I learned and learned and relearned. Another example of the student teaching the teacher. Thank you Clay.