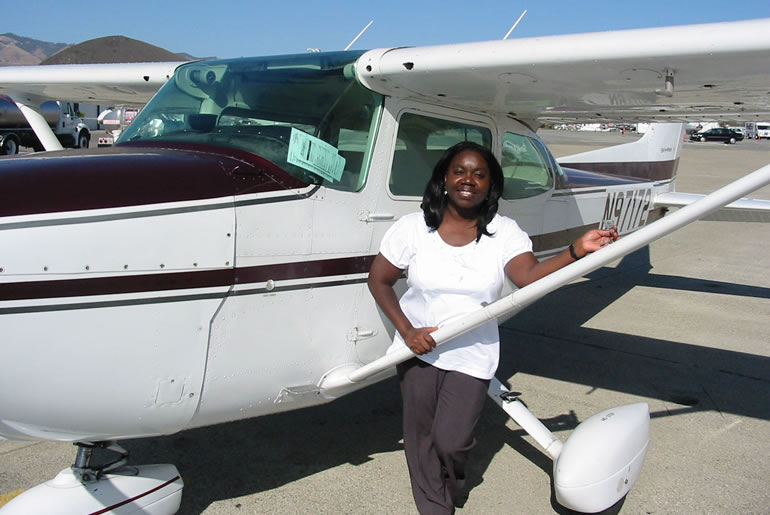 The following is being shared because it illustrates the importance of creating a training environment that, not only, teaches the knowledge and skills required to fly but also recognizes that each student is different. As an instructor it is important to recognize these differences and to craft an approach that meets the training requirements, positively reinforces achievement and most importantly demonstrates patience and creativity when dealing with each individuals unique background and learning style.

Over a year and a half ago I met an engaging woman at the Women in Aviation conference in San Diego. I had been asked to participate in an event, as a facilitator, which gave the WAI participants an opportunity to dialog about a variety of subjects related to flying. The participants rotated from table-to-table each 30 minutes and as it turned out Theodora Smith and I were the only people at my table during one of the rotations.

Theodora is a Flight Attendant for US Airways and several years earlier had embarked on a path to realize a long held dream to learn to fly. Theodora earned her Private Pilot license and along the way lost her confidence in her ability to fly and to continue the process of expanding her skills and the ratings required to consider other options in aviation.

As we discussed what had happened she shared a story that I have heard and witnessed first hand, a number of times, during my years as a Flight Instructor. Theodora was not the “typical demographic” for someone embarking on a possible career as a professional pilot. She was a forty something woman, had taken a leave from her position as a Flight Attendant, and needed an environment that would be patient, nurturing and recognize her personal learning style. In an effort to achieve her goal she navigated through three different flight training institutions and eventually earned her Private Pilot license. But along the way the fire and the enthusiasm had been crushed and she did what many others have done; stopped flying but the ember still burned inside. As we talked further I invited her to come to California and give me an opportunity to restore her confidence and her competence as pilot in command. She said that she would consider the offer and a little over a year later she arranged her schedule and took me up on my offer. 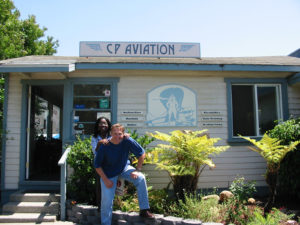 It was hard work but well worth the effort!

When she arrived in California it had been four years since her last flight and so her skills were understandably rusty; but she had a good base and we immediately went to work. Over the next five days she had to adapt to my personality and style that was less patient and more demanding than it would have been had we had more time to achieve our goal. Combine this with an unfamiliar area, avionics that she was not completely comfortable with, a push to perform, almost immediately, at the level she had been at when she stopped flying and you have a challenging learning environment. We logged over ten hours of flight time and more than ten hours of ground review. When she departed, the following Monday, she was a better pilot than when she arrived and had a clear idea as to what skill areas would need more refinement.

The intent of the time we spent together was to provide her with a confirmation that she is a competent pilot with sound fundamentals and that she was more than capable of continuing the path started a number of years earlier. We achieved this goal and I am very proud of her for her tenacity and commitment to excellence in spite of the challenges that this process presented.

For me the best part of this story is that the time we spent together has forged a friendship that I trust will last for many years and that I will have the opportunity to continue nudging Theodora forward as she continues to pursue her dream. 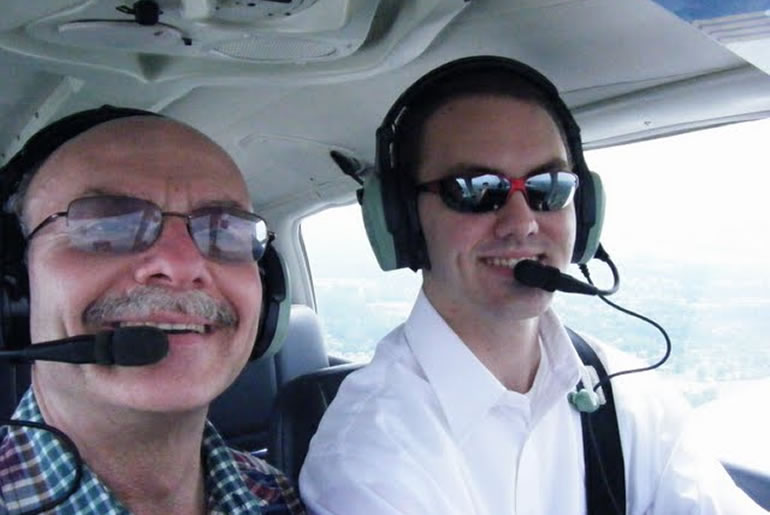 The first flight with a proud father

As we navigate life many people come in and out of our life. Some become friends for awhile and a very few become a close friend and stay in our lives forever.

Rick Erwin is a Captain for UPS and has been a close friend since he was a young man, fresh out of Southeastern Oklahoma State University, with a dream of becoming a professional pilot. For a short period of time he was my flight instructor and for over 30 years has been a very dear friend.

Earlier this year Rick contacted me and said that he was going to renew his Flight Instructor rating because his son Matt had expressed an interest in learning to fly and perhaps following in his Fathers’ footsteps. He was scheduled for a number of trips to the West Coast and was wondering if we might get together and spend some time flying and discussing what might be important as he got back in the right seat of a single-engine airplane (it had been over 20 years) to get Matt ready for his Private Pilot license. To my delight we got together at Santa Paula airport and spent most of the day hanging out, flying and sharing a good time. The best part is that not only is his name in my logbook as flight instructor I had the opportunity to make an entry in his logbook for the time that we spent together on a gorgeous April day.

On August 10th Matt became a Private Pilot and Rick had the privilege of teaching his son not only to fly but has played a key role, each day, in guiding this young man to this point in his life. I am very proud of both of them and cherish the friendship that Rick and I have shared.