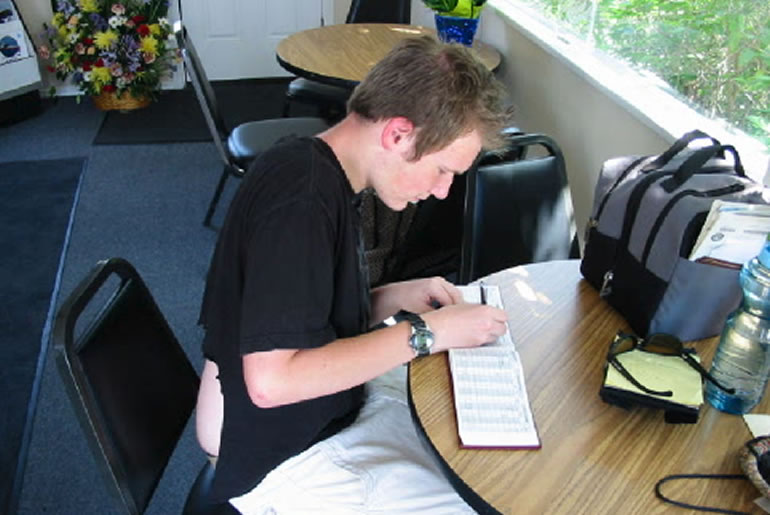 Happy Birthday to Me

Michael Francis Tiefenbach is in love with flying and things that fly. He is an RC enthusiast and started flying single engine airplanes when he was twelve years old during his summer vacations in Michigan.

I met Michael and his father earlier this year when they shared with me his goal of soloing on his sixteenth birthday. I reviewed his logbook and noted that each year beginning in June 2005 that for  a month each summer he would take lessons while on family vacation. Each year through June of 2008 he would log 6-8 lessons during his stay and had logged almost 38 hours in a Cessna 172 and an Aeronca Champ.  As a Flight Instructor I was thrilled because there is something very special about soloing a pilot on the very first day that they are legally able to fly alone, followed closely by watching the young person achieve Private Pilot status on their seventeenth birthday. It reminds me of when I was eight years old and took my first airplane ride in a DC 3. I was hooked and couldn’t wait until I could fly an airplane by myself.

April 14th was my first flight with Michael and 20 hours later through his hard work and the support of his parents he was ready to solo. Thursday, May 28th dawned with a low stratus layer hanging over the Santa Paula airport but this was his day. By 0930 the overcast ceiling had risen to 1000 feet. I met him at the airplane and told him that this was his day and to go have fun. Six take-offs and landings later he taxied back to the ramp with a big smile and the joy of achieving a dream and getting one step closer to his Private Pilot check ride. 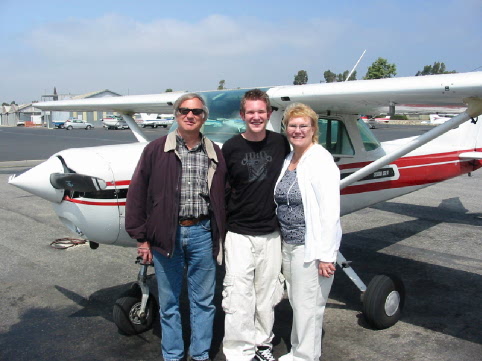 Success is a family affair

Watch a video that Michael created to share this special day with friends and family.

As I watched Michael and his parents celebrate the achievement I couldn’t help but think how lucky he is to have the love and support of those around him to guide, nurture and root him on. He doesn’t have a drivers license so either his mother or father (sometimes both) would bring him to the airport and wait for him to complete his lesson. Always patient, always supportive and always with love and a warm smile.

Congratulations to the entire Tiefenbach family and thank you very much for reminding me why I love this profession so very much.