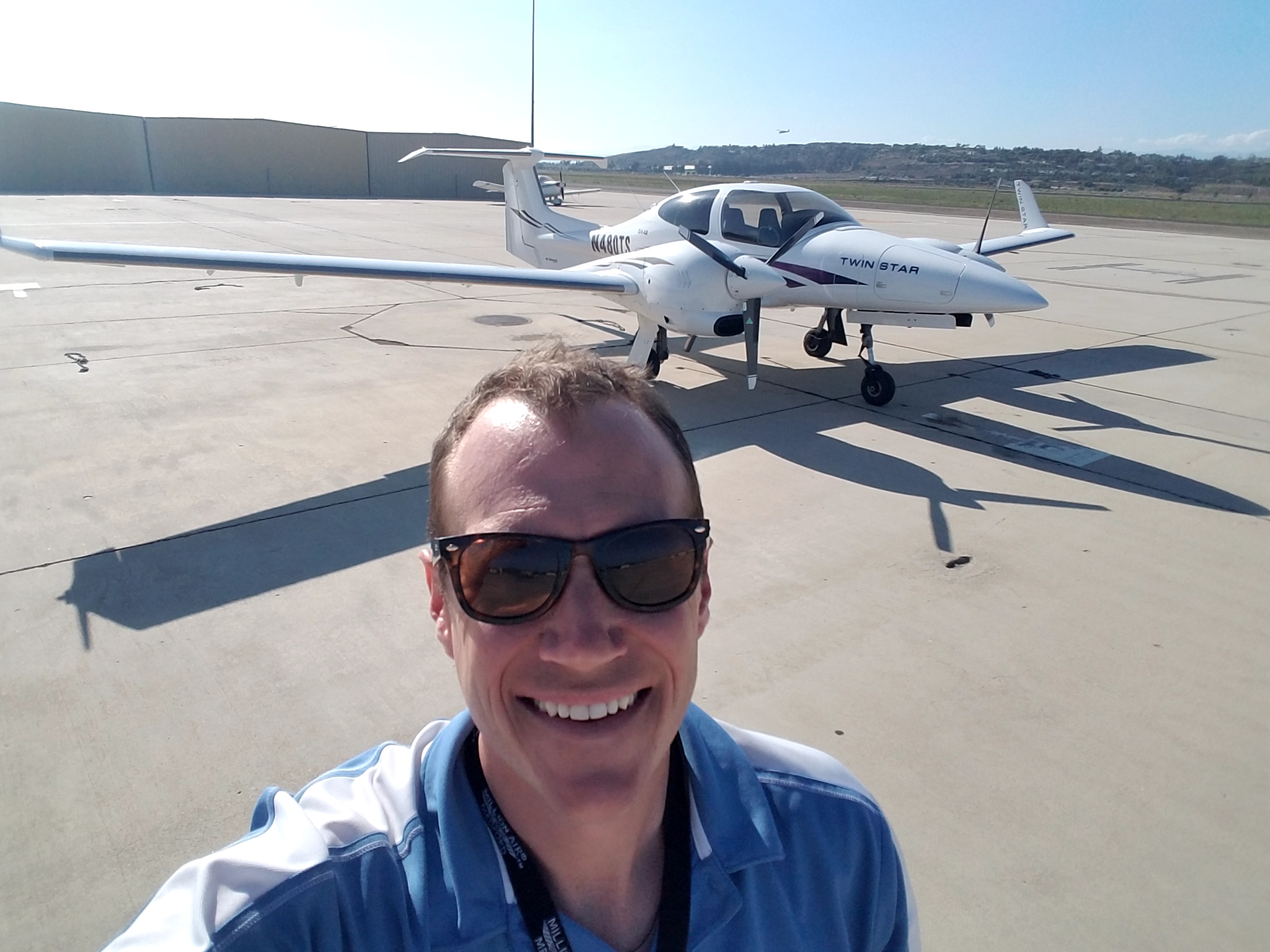 Twenty-two years ago I received a telephone call from a friend in Hickory NC. He mentioned that he had a young man on a bicycle racing team that he supported that he would like for me to talk to. His thinking was that I might be able to offer him some guidance and possibly be a mentor for him. I gladly agreed and the outcome of our first conversation has matured into a treasured friendship.

At the time we shared an interest in and a passion for bicycles and bicycle racing. I had a passion for flying and was a flight instructor. He had an interest in flying and wanted to be a Naval Aviator. As our relationship matured we shared many conversations but the one that meant the most to me, even to this day, was the one about the process that he was going through to be accepted into the Naval Aviation pilot training program. During one of our conversations I promised him that should he be accepted into the program I would join him for the ceremony and the “pinning of his wings” in Pensacola FL. He achieved his goal and on this special day I met Nik Fialka for the first time. 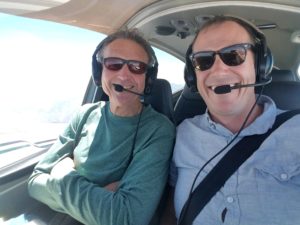 Fast forward twenty-one years and I receive a phone call from Nik who is now a Commander in the Naval Reserve and is considering a career change. He has a young family, is a consultant to the Navy and is an owner of an RV Park in Pensacola. He is considering an opportunity to become an airline pilot and needs to add a multi-engine rating to his 2000 hours of helicopter and fixed wing experience in order to interview with a regional airline, and was asking for advice on how best to approach the process. I had access to a Diamond Twin Star and told him that if he came to California we would train him for the rating and get the requisite number of hours necessary to qualify for an interview. As I was saying this I did not have a multi-engine instructor rating as I had never been in a situation where it was required but had been trying to get myself in shape for the checkride. Now I had a reason and a deadline because he was arriving at LAX on July 14. It is amazing what can be accomplished in a short period of time when there is no other option. The process was a perfect example of “ready-fire-aim” and I completed my checkride on the afternoon of the 14th, picked Nik up at LAX later that evening and we began his training on the 15th.

Nik had been a fixed wing instructor at Pensacola and understood that we had a big task in front of us especially since it had been nine years since he had flown a fixed wing aircraft. The aircraft that he would be training in was nothing like the trainers he had flown at Pensacola. This twin engine airplane had a glass cockpit and enough other differences to challenge any pilot, we had our work cut out for us.

As I completed my check-ride I scheduled his check-ride with the same examiner for July 25. We had ten days to get him ready. Nine years away, sophisticated avionics, rusty instrument skills and an entirely unfamiliar airspace environment. Not exactly ideal for this challenge. Thank goodness that he is a Navy trained pilot. I am convinced that without the training foundation that he had there is no way that we could have accomplished the goal. Nonetheless, ten days and twenty-seven flight hours later we had accomplished what we set out to do, a multi-engine rating with instrument privileges. 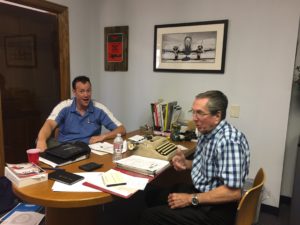 Nik, Greg and a very old Smith Corona. It is almost official…

It was not easy and without the help of a number of people, a goal that was sealed in stone and some good fortune we would not have been able to make this happen. But we did and for everyone that played a role in this process we are sincerely grateful. My extraordinary wife made sure that we could focus only on flying, Rick Kolker for preparing me for my checkride, Omar Lala who worked with Nik on the instrument flying while I was away on another engagement and Greg Lewis our DPE who was patient and understanding as we navigated a last minute challenge with Nik’s license.

On Wednesday July 26 Nik and I flew to Hawthorne in the DA42 so that he could get a Lyft to LAX for his flight home. On July 28 Nik submitted his paperwork to begin the process for consideration by the airline of his choice. On August 1 he received a notification that he has been selected as a prospective candidate for a pilot position with his chosen airline. On Tuesday August 8 Nik received a pre-offer of employment with Envoy Air (American Airlines) pending a background review.

This was an achievement years in the making and I am thrilled that we were able to bring it full circle.