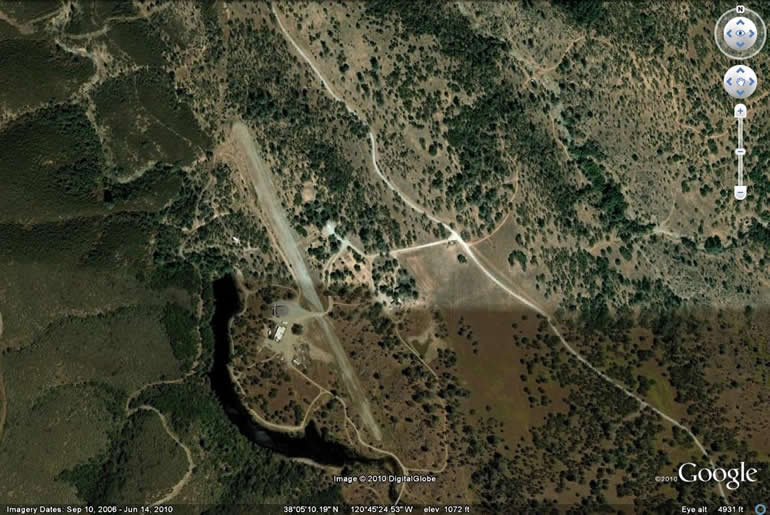 The dream began in Calaveras County

We begin this story when David Casarez was carving a runway out of a hillside in Calaveras County. David was a young man and in the process of building his reputation and his experience as an excavation contractor. After he completed the work he was given an opportunity to do some flying and the spark and his love of flight was ignited and he made a promise to himself that he would one day land on the runway that he had created.

Fast forward to December 24th, 2004 when David was introduced to me by a mutual friend who felt that I would be a good fit for him as a flight instructor. Neither of us ever imagined that as a result of this meeting that we would share an experience that lasted six years and created a friendship that will last forever.

At the time I was living in Monterey County and teaching at the Monterey Peninsula Airport (MRY). When we finished I was living in Ventura County and an instructor on the staff of CP Aviation. This is important because David lives in the Carmel Valley of Monterey County which is a 4 ½ hour drive from the airport that he called his home airport until December 24th, 2010. What happened during this time is a testament to David’s passion, persistence and will to become a Private Pilot.

David is dyslexic. Not just a little dyslexic but hugely challenged by this learning disability. When we met David was 41 and had gone through the education system at a time when it really did not know how to deal with students that could not succeed in a system that was structured for the “normal” student. Nonetheless, and with some help when he reached high school, David did what most people do when they are faced with this gift; he persevered and learned how to navigate and cope in a “normally sighted world” on his terms. This he did very well and was able to enter a trade that suited his love of the outdoors and his ability to see and understand how to sculpt and excavate the earth and more. He also passed his contractors license for the state of California and is very well respected by his peers. 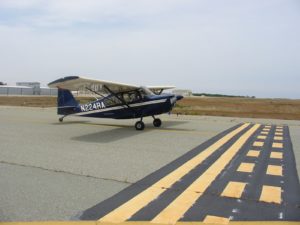 We started his training in a Cessna 172 and about the time we were getting ready for cross country flying David decided that he wanted to own a tailwheel airplane and so he purchased a Citabria 7GCAA N224RA and put it on leaseback at a local flight school. As we moved forward with his training there was this underlying and unspoken personal struggle of having to pass the knowledge test as part of the process of getting his Private Pilot certificate. He knew how hard he would have to study to pass the test and it brought back all the unpleasant memories of his years as a student. He attended and passed the ground school offered by the local community college and soon thereafter he took the knowledge test and did not pass it because he could not complete the test in the allotted time. Also, during this time, I relocated to Ventura and I was confident that David would continue his training with another instructor. As it turned out he was frustrated by not doing well on the written test and so he threw himself into his business and along with life’s other distractions did not focus on his flying. Also during this time his airplane was damaged in an accident, at the flight school, and was declared a total wreck and shipped away to be reincarnated in Minnesota.

His dream did not die but there were many obstacles that he needed to address if he was to achieve his goal of becoming a Private Pilot. I mentioned earlier that David is an avid outdoorsman and as such had fallen in love with the American Champion Scout. (8GCBC) when he saw one at the airport. Several years later I mentioned to him that there was a Scout for sale at Santa Paula and David jumped at the chance of owning N249SF. It was during this transaction that I told David that he could not take the airplane to Monterey and that it would stay in Santa Paula (SZP) until he was a Private Pilot and that I promised that I would guide him to the realization of his dream. This was the spring of 2009 and David had demonstrated very good flying skills but we still had some work to do to get him comfortable in his new airplane and to complete the rest of the requirements for the Private Pilot certificate. One of the requirements was a dual cross country. I suggested that we fly the airplane to AirVenture in Oshkosh, WI to complete this part of his training. He jumped at the opportunity and off we went to the Grand-daddy of fly-ins. It was a magnificent trip, loaded with learning and a fantastic way to experience the vastness and beauty of the United States. Unfortunately, life and David’s anxiety about passing the knowledge test continued to be a significant obstacle to achieving the goal. But hour-by-hour and requirement-by-requirement we got closer and closer and then there was only one obstacle left to clear; the knowledge test. 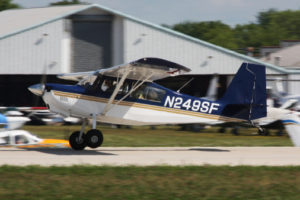 We sat down, developed a plan and began the arduous process of getting him ready for the written test. I became a nag to the highest power and David tried to find time to study and run his business during these very challenging economic times. He was lucky, he was busy and had lots of work. I was on a mission and pushed and pushed and pushed to keep him studying. In January 2009 the FAA issued Order 8080.6E which allows for a time waiver for an individual that can document a need for extra time to take a knowledge test. We applied for the waiver and received more time to take the test. Finally, the day arrived and he was ready. We would have been happy with 70% but as we would joke he scored 112% because he passed with an 82%. Now only one more obstacle remained the practical test.

The oral portion of the practical was still problematic because of the way that David hears and processes information. I had learned this from our hours together and so we worked and worked at ways to overcome these challenges. I’m sure there were times when he wished I would go far, far away and just leave him alone. No way, I had promised him that he was going to get the best Christmas present ever and there was nothing going to stand in the way. A few days before Thanksgiving David flew his airplane from SZP to MRY so he could prepare for the in-flight portion of the practical test. We had targeted five days before Christmas and scheduled his checkride for the 23rd.

He made the decision to close his business for the last two weeks of the year and focus on nothing but flying. Another obstacle was literally on the horizon, there were a string of very wet weather systems slated to move through the West Coast the week we had planned to focus on flying and David still had the plane in MRY. I called him and suggested that he get the airplane to SZP on the 12th otherwise he would not be able to return the airplane for the checkride. David agreed and flew the airplane south in order to beat the storms.

We started our review as scheduled and two days before the test date we sat down and conducted a mock oral moderated by Dennis Magdaleno the local Designated Pilot Examiner. David did very well, there were a few rough spots but he was very close. The week of the oral was as forecast, windy and wet, and yet it seemed that even Mother Nature was rooting for David and each day allowed us some time to fly and get ready for the big day. 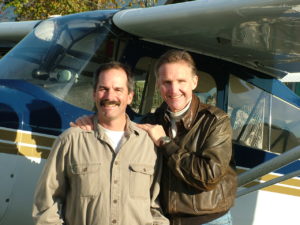 The smiles say it all. Mission accomplished!!

December 23rd arrived the weather wasn’t perfect but by the time the oral was completed the sky was welcoming. His oral was almost flawless and his flying was near perfect. Here is a short video of his first takeoff as Pilot in Command.  Our excitement and joy was without bounds as David had achieved his dream of becoming a Private Pilot and on December 24th he left his truck in my driveway and flew his airplane home to its’ hanger in Monterey.

Last Friday David flew into SZP in a helicopter that was piloted by the friend that had introduced us six years ago. I had driven his truck to the airport and after lunch he was on his way back to Monterey and a life that will be filled with many adventures in his winged chariot. I’m sure one of these adventures will be to the airstrip in Calaveras County where this odyssey began.