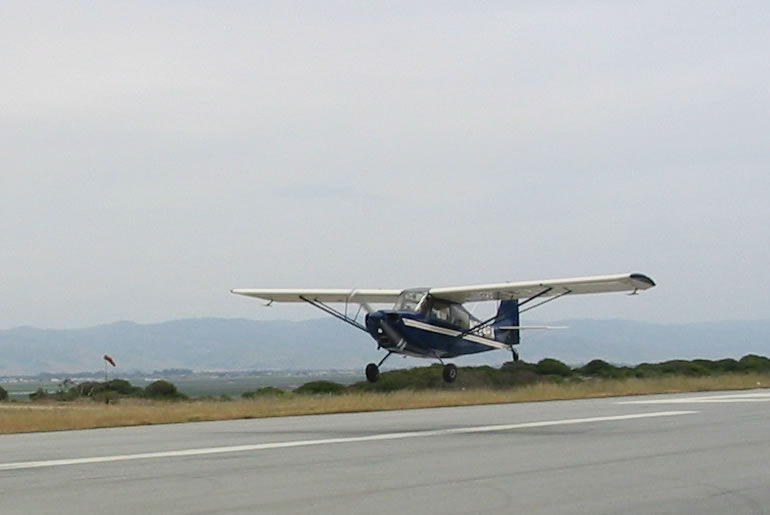 I am sharing this story with you because most of us that fly will understand the joy and the pain that Paula shares with us in her story about a string of mistakes that ended on the side of a runway. Paula is a very careful and thoughtful pilot as you can see from her analysis of what happened on this Spring day.  As I read her account I remember the phone call and the anguish and the self-incrimination just after the accident happened. This was an unfortunate accident and Paula shares, through her words, how much she has grown as a pilot and while  I read her account I realized that in teaching her to fly how much she taught me to be a more capable  instructor.

An airplane has a soul and a spirit

An airplane has a soul and a spirit. And if you fly, you know what I’m talking about.  I wouldn’t have believed this if I had never learned to fly.

“Flying can be better than any love you’ve ever had,” Michael had said.  “Or it can bring you more sorrow than you’ll ever know.”  This is stark truth.  I know first hand.

My story began on an uncommonly warm August day in Monterey.  The airplane — the small Citabria — sat steadfast on the ramp during our first preflight together.  There was a sweetness to her as she rested on her tailwheel with her nose slightly turned up as if she was breathing in the very air that would carry her aloft.  Her white wings with dainty blue tips balanced atop her matching blue body.   Looking face to face with her somehow I knew she was regaling in the day and allowing the sun and sky to be in awe of her beauty.  I was certainly marveling in the moment, and I had not a clue why.

Michael was my flight instructor for this my first ever flight.  After the preflight, he showed me how to climb into the front seat and clip into the shoulder and lap harness.  He then climbed into the back.  She smelled like new dolls at Christmastime.  That smell made me want to close my eyes and inhale, savoring the moment like a wild child on Christmas morning.

Taking to the air, she soared and climbed, circled and descended in Michael’s capable hands.  But in mine, she labored.

That’s the moment when she talked to me.  She spoke to me by the humming of the engine and the air streaming past the window.  The sound of her deep throaty voice told me she was climbing and her whistling announced she was descending.

I would fly with her only three more times that year then switch to a C-172 Skyhawk.  But I thought of her, always watching from a distance, feeling the green horns of jealousy when I’d see someone else climb into her and fly away.   She continued to call to me and two months after passing my checkride, I climbed back into her front seat.  Michael took to the back.  And my heart soared Christmas again.

Michael stepped away from teaching me tailwheel.  Instead I gained experience and my tailwheel endorsement from Erik, a young aerobatic flight instructor who had steel-plied nerves and the patience of a soft-spoken saint with a Southern accent.  In the meantime, Michael moved from Monterey to Santa Paula.

Somewhere on the edge of day, Michael’s prophetic words of sorrow would lie in wait, lurking.  It would be a year later.  I’d be armed with my tailwheel endorsement and 70 hours of PIC tailwheel time.  I would have stopped by the hangar a hundred times, checking her chocks and her stick, her belts and her seats, her belly and her wings.  I’d sit inside her cockpit on rainy days and practice working-her-down, working-her-down, and painting her onto the mythical runway centerline inside the hangar.

It would be April 4th, a day that felt off balance, off kilter as if the Earth was cocked just a little to the left of center.   The previous two weeks had been windy, some days the winds reached peak gusts of 42 and once I heard it was 46.  But this day, the winds had subsided though there was something peculiar and curious in the air.  A lion was roaring somewhere but I couldn’t hear it.  I could feel it though.  It was prickling away at the nape of my neck, poking at my shoulder, pushing me back but I stuffed the feeling away.  Too many times I had called off flights because my “intuition” was saying don’t go.  Too many times I had felt I should have pushed through the discomfort.  Just too many times.

So, I preflighted, methodically going from wing, prop, wing, tail, and watched as the windsock first swung east then west, then west to south.  She had just been given her 100-hour and it showed with almost clear, hard-to-see oil on the dipstick.  I didn’t like being the first pilot after maintenance.  I checked the trim control and shook my head thinking I had gone out of sequence.  I was getting ready to make mistake three of the day.

“Top off the tanks,” I asked Robert, the line service fuel-guy, even though three-quarters of a tank were showing on both sides.  We were only going on a sightseeing adventure down to Big Sur.  Why top off?

My passenger was a fellow pilot, though he did not fly tailwheel.  He hadn’t flown often and over months of personal struggle he had gained a few pounds.  I hadn’t noticed, and gave no credence that perhaps it was just this last gallon of fuel and last pound of weight that may have tipped the moment just past CG.   Was it a factor?

We climbed into the Citabria.  At engine start, the wind was favoring 10.  The windsock swung from one side to the other as we taxied.  I moved the stick accordingly, first to the full forward position to compensate for the wind at my tail, then to the right and forward to compensate for the crosswind.  Making a 180 for run-up, I became disoriented.  What was going on?  180 degrees and the wind was still at my tail. The lion was roaring and I was beginning to hear.

“Crap we’re doing a run up in the wrong direction,” I said to my passenger.  “Put your feet on the brakes back there because I can’t hold it myself.”  She was protesting.  She was talking.  She was telling me “no.”  I had the lion in my ear and I continued on to mistake number six.

After run-up, I muscled my way up to the hold short line.

“F**k, we’ll be taking off in a quartering tailwind,” I said to my passenger.

“The winds are inconsequential, Paula, I’ve taken off in tailwinds before,” he said. (What number mistake?  Eight?)

“Cleared for takeoff 10 right, 4-Romeo Alpha,” I called back to ATC though I could have simply said to the controller, “Unable, the winds are shifting, I’ll wait.”

Instead, I rolled out to the centerline making yet more mistakes.  With focus lost and distraction on the wind I completely disregarded the takeoff check list, “Lights-camera-action.”  I hadn’t even set the transponder.  Later I’d ask myself did I check trim for takeoff?

As I eased the throttle full forward, she had stopped her quiet protesting.  By now she was full on screaming.  The stick felt frozen.  A normally simple pushing forward of the stick to bring up her tail was turning into a fight of strength and will.   I committed mistake 11 or 12, I cannot remember the number now, I took my hand off the throttle to use both hands to push the stick forward.  If ever there was a time a wish would come true, I would have wished to have merely pulled the throttle back and aborted takeoff.

Twenty seconds later, after she tried with all her heart for me, after she bounced, and weather-vaned, and suffered an agonizing aerodynamic stall and spin, she came to a stop.  Her landing gear sheered off.  The left white wing with the blue tip had crumpled and dug into the ground. She lay fatally cocked to the side of her belly in the gravel and dirt and dust.

With irrevocable sorrow, I wailed.

She was spirit and she was soul and some nights when the quiet permeates the air, I can hear her whistling.