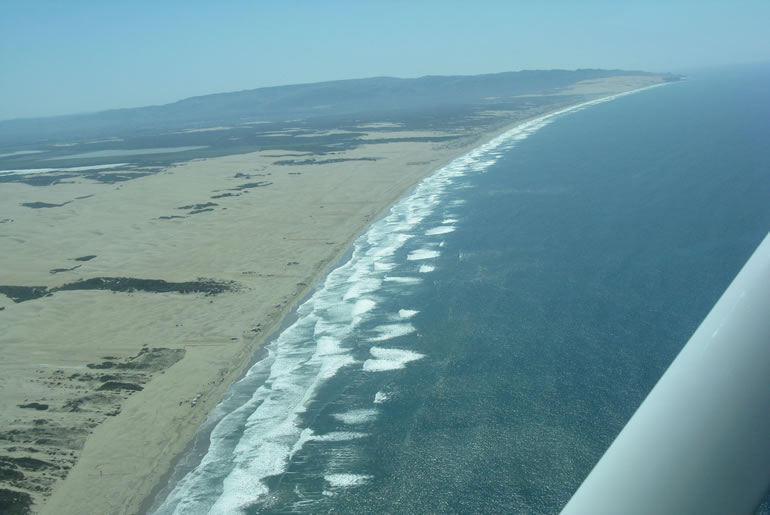 Captain Zeyssig at work on departure from Oceano, California

Robert Zeyssig was born and raised in a little town called Finsterwalde, about 1.5 driving hours south of Berlin  ten years before the Wall was breached and the border separating East from West Germany began to crumble. Walls cannot block dreams and  when he was five he had a dream in which he saw himself in a uniform with four gold stripes on the sleeve. The uniform was that of an airline captain and the power of this dream never left him. He also remembers his very first flight with his Father in 1984 to Sotchi, Georgia (former Soviet Union) on a Tupolev 154 and ever since he has been hooked.  Does this sound familiar to you? My spark was when I was eight and it was a DC 3 to Los Angeles International airport.

Fast forward to August 2008, on the West Coast of California and this boy, now a young man, and his wife are attending an air show, where we met, and we begin to discuss his interest in learning  to fly. One thing leads to another and on October 5th 2008 Robbie begins his journey to become a Private Pilot. Over the years I have had an opportunity to fly with and train individuals that have high expectations for their performance and push themselves very hard to be the best that they can be and Robbie ranks at the top of this list.  As I shared with him “he is one of the best students that I have had the pleasure to work with”.  He was extremely motivated, always prepared and was neurotic when he was not “perfect”. No matter how many times I told him that perfection was a myth he never stopped trying to be perfect. To his credit, and as he matured as a pilot, he began to recognize that each flight became an opportunity to improve and that there are no bad flights; some are just better than others and that each flight is a learning experience.

Robbie graduated with a degree in Pharmacy and while he was learning  to fly he was also preparing for the Doctor of Pharmacy examinations to be licensed to practice in the State of California. I will be redundant here but he approached these exams with the same passion for success that he exhibited while flying; he was also working full-time at a pharmacy…need I say more? 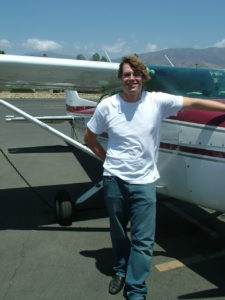 Boy am I glad that this is over!!

Robbie began obsessing about his checkride three weeks before the scheduled date and had twisted himself into a tightly wound mess by the time the day arrived. As I watched him, laughed at him and told him to relax I was reminded of the day he soloed. He returns to the ramp after completing six successful laps around the pattern and he looks at me and says “I don’t really think that I was ready for today”; I laugh out loud and take his picture. Needless to say Robbie gave an almost flawless performance during his checkride. The examiner makes notes during the oral for review with the candidate upon completion and in this case his page was blank.

Congratulations Robert Zeyssig you are a Private Pilot and the dream has come true because you are the Captain of every flight you take. We both know that without the support and encouragement of your First Officer none of this would have been possible.